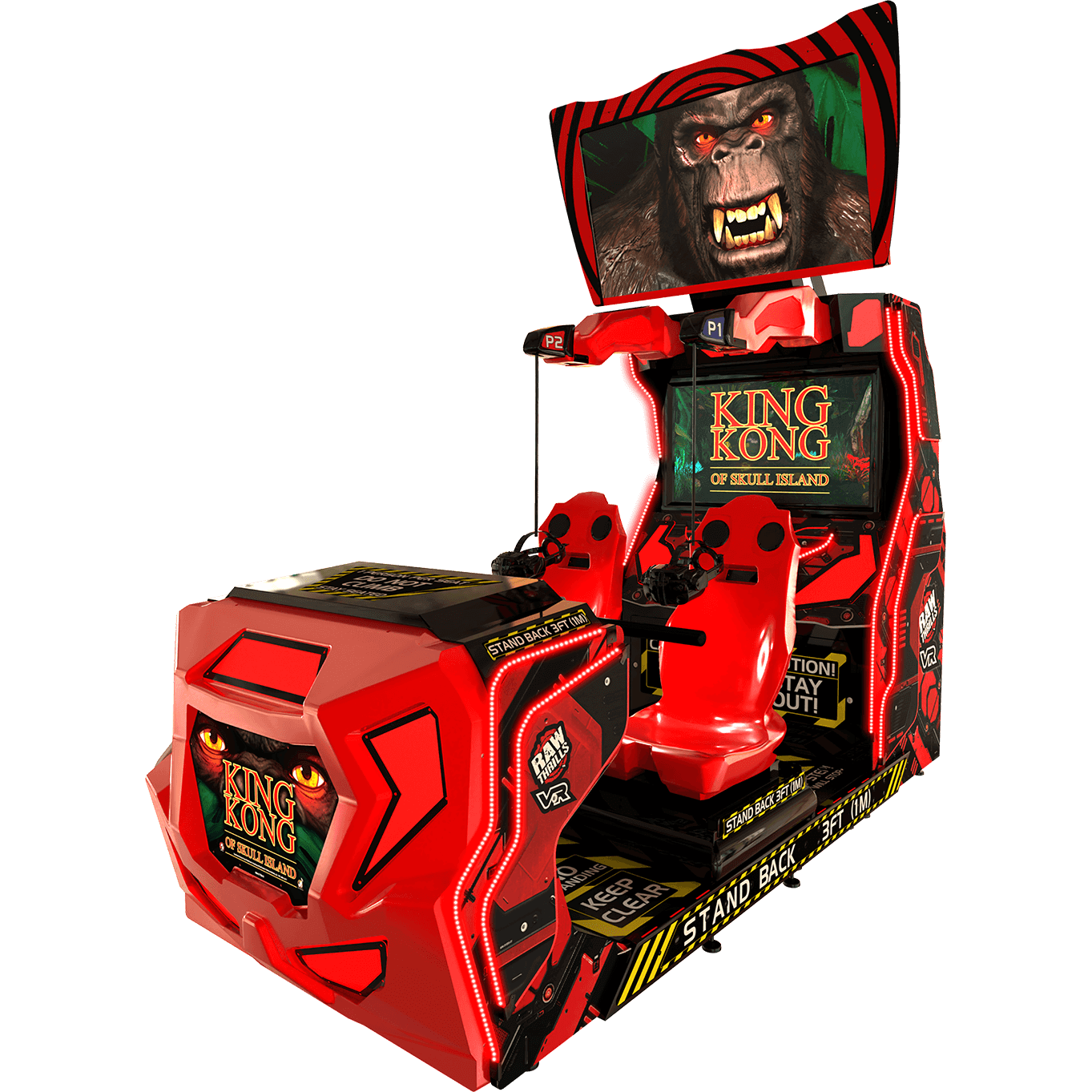 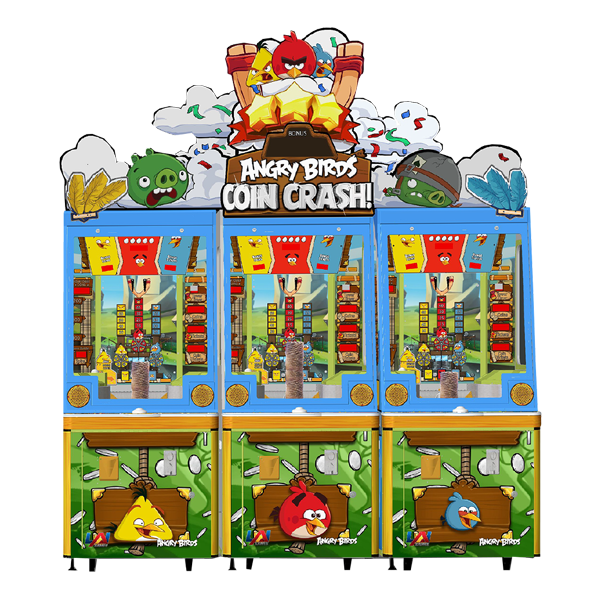 Angry Birds Coin Crash is highly attractive, new, coin pusher experience that creates a brand-new level of excitement. Players work to build towers of coins that they then send over the edge for a massive ticket payouts. Entertaining at every turn with multiple mini-games and other opportunities to win tickets. The impressive tower builder will mesmerize you each time you play. 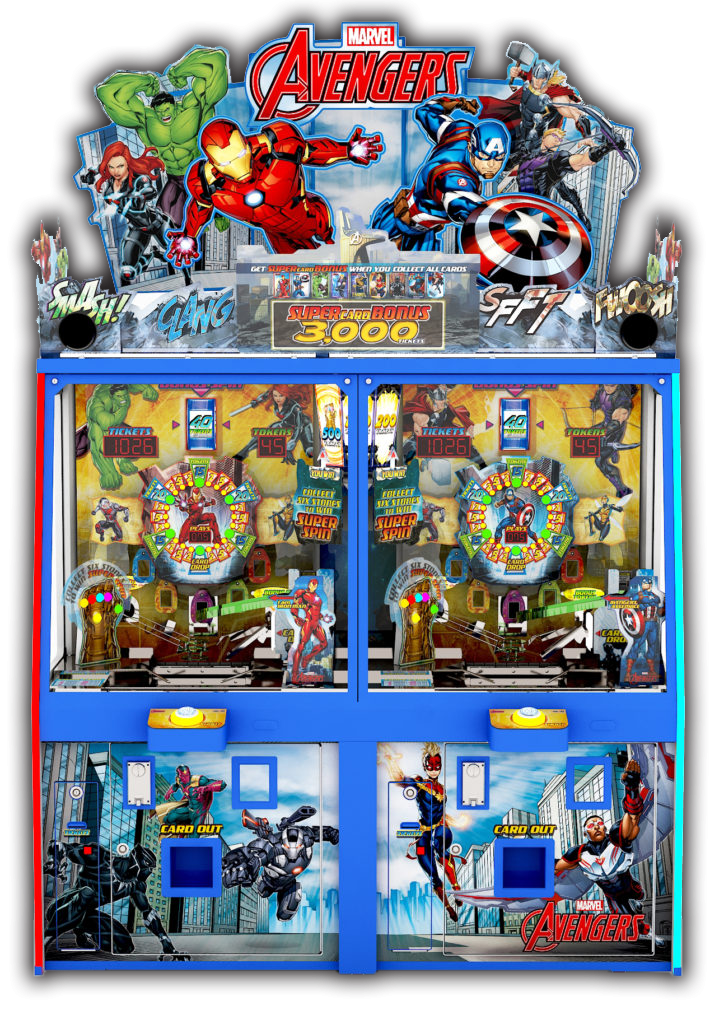 Marvel Avengers
Fire coins to win tickets and release coins onto the playing field in order to push Avenger Character cards or Infinity Stones over the ledge. Keep the cards or trade for tickets. Collect all 6 Infinity Stones and win a spin of the super bonus wheel! - Only at FatCats Rexburg!

Avengers is a feature-rich, rapid-fire coin pusher inspired by the Infinity Stones storyline in the “Avengers” movies by Marvel Studios. Players fire tokens at a moving target wheel to win tickets and other rewards and to populate the pusher playfield.

The game’s main objective is to “push” the Infinity Stones, which also reside on the playfield, off the ledge. A Bonus Spin game is enabled when one stone is dropped; the Super Bonus game turns when all six Infinity Stones are collected. Two-player stations. 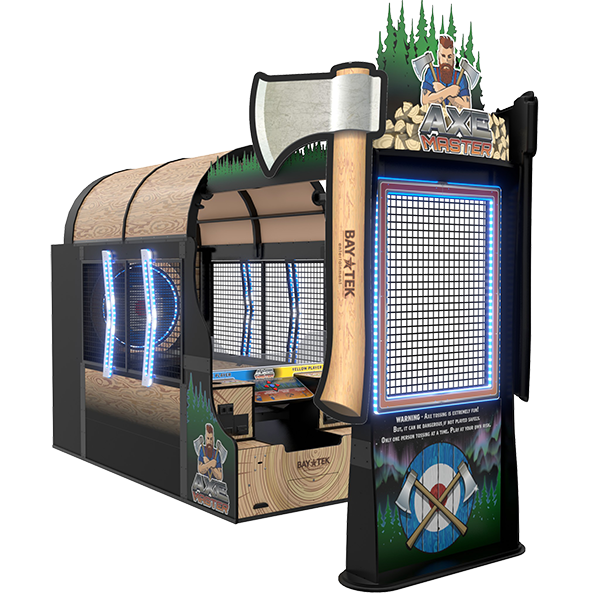 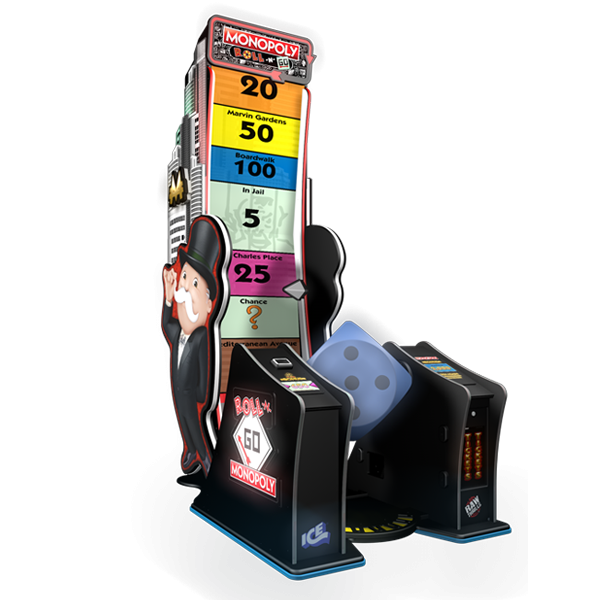 Monopoly Roll-N-Go
The Roarin' 20's is Back at FatCats Rexburg Arcade!

Get into the swing with Monopoly Roll ‘N Go! Skillfully spin the LED-lit dice to land on properties. Collect the same color family to win a Monopoly Bonus.

Monopoly Roll ‘N Go features two attractive 55″ LED screens combined with the lit up dice, creating the game of the decade – the roaring 20s are back!